Cooking with friends and (hopefully!) tomatoes from the garden 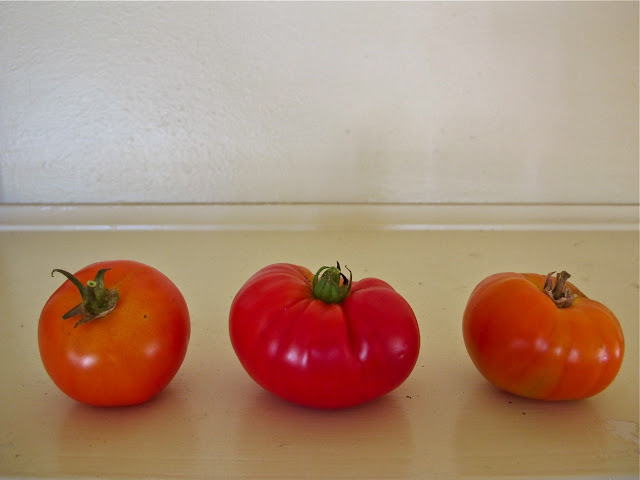 When we moved to Whidbey Island in 1975, potlucks were fairly common. Most of us were just starting out as homeowners, and get- togethers often involved work parties followed by a potluck meal. Although the home improvement projects still continue, the potlucks have tapered off, morphing into dinners where friends and family help out in the kitchen. It's so much more fun and you don't need to figure out who left what behind.

Last year we had house guests in September, Joanne Paquet from Montreal and Jeff Julin from Denver. This was their first visit to the island, and also their first encounter with Farmer Bob's garden and fine home cooking. We made Caprese Salad as a dinner appetizer, using Bob's homegrown basil, but not his tomatoes -- the deer got to them first. His fruit fared far better this year, with a nice crop of tomatoes ripe for the pickin! 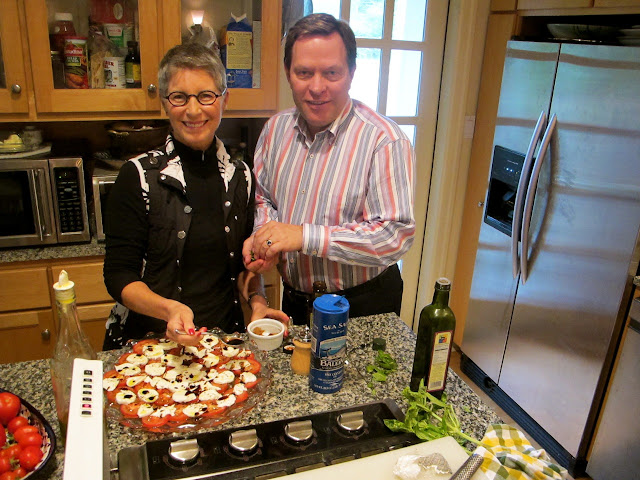 Alternate slices of tomato and mozzarella on a large platter. Drizzle olive oil over all, followed by balsamic vinegar reduction. Sprinkle with salt and pepper and top with fresh basil leaves. Serve immediately. Serves 4-6.

*Balsamic vinegar reduction via Wolfgang Puck: Bring 1 cup balsamic vinegar to a boil in a small saucepan over medium heat. Turn the heat to low, reduce to 1/3 to 1/2 cup. The vinegar will thicken as it cools. Refrigerate in a covered container. Will keep in a cool place for months. 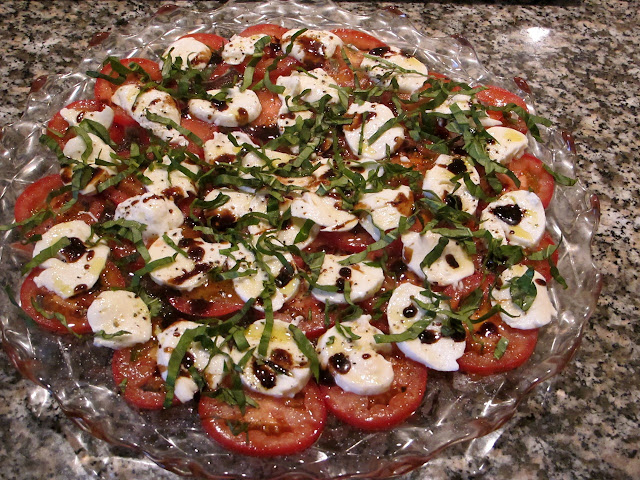