Guys, tractors and dirt: Movin' the earth around with Farmer Bob 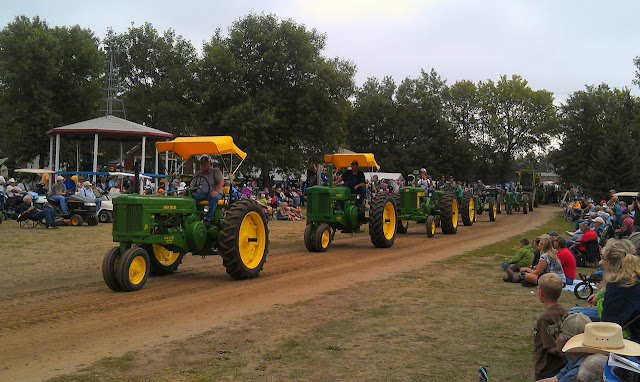 John Deere tractors on parade during the 50th anniversary of the
Steam Threshing Jamboree at Prairie Village in Madison, SD. Sue Frause photos.

I don't wanna say my hubby is happiest when he's on his tractor, but I'm pretty sure it's at the top of his make 'em smile list. So when I got the wacky idea of tearing down the partially fallen fence along our lane, he didn't even wince. Sure, it involved ripping out the wayward blackberries and other unwanted vegetation. But it also meant hauling in dirt, lots of dirt, which somebody would have to move around. The project had Farmer Bob's name scrawled all over it. 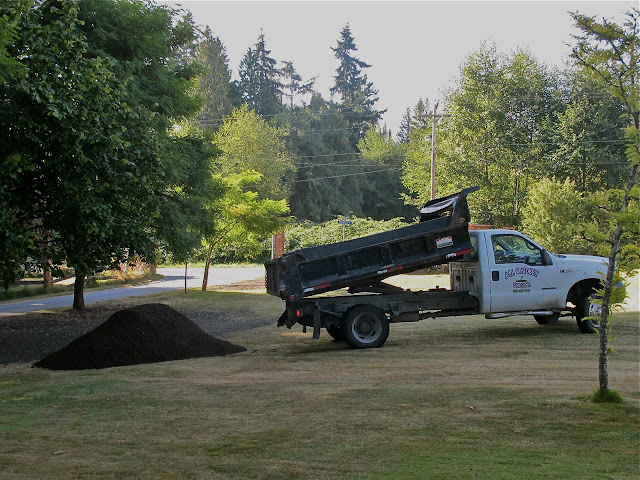 The first load of dirt from Whidbey's Topsoil ended up totaling seven yards. I've never understood why dirt is measured in yards, but that's the way it is. Since I wasn't going to be around the morning of the delivery, my hubby arranged for a friend to come over and tell the driver where to dump it. When Bob returned home that evening, he paused on the lane, looking lovingly at that big pile of brown dirt. 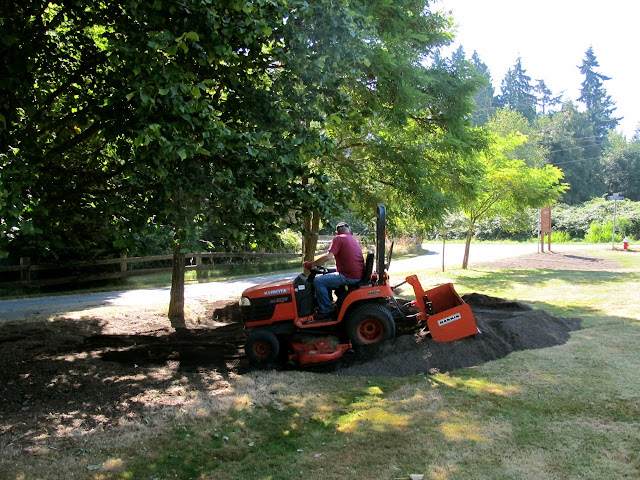 Later that weekend, after moving the dirt around with his tractor and raking it out all nice and even, he said it wasn't enough, and ordered another 15 yards. I saw a pattern beginning to emerge and wondered if my hubby was addicted to the brown stuff. My concern became even moreso following the second delivery when Farmer Bob still wasn't satisfied -- he wanted even more. After a third phone order for seven additional yards of dirt, he seemed to be leveling off. After all, we were now up to 29 yards and hundreds of dollars in topsoil. 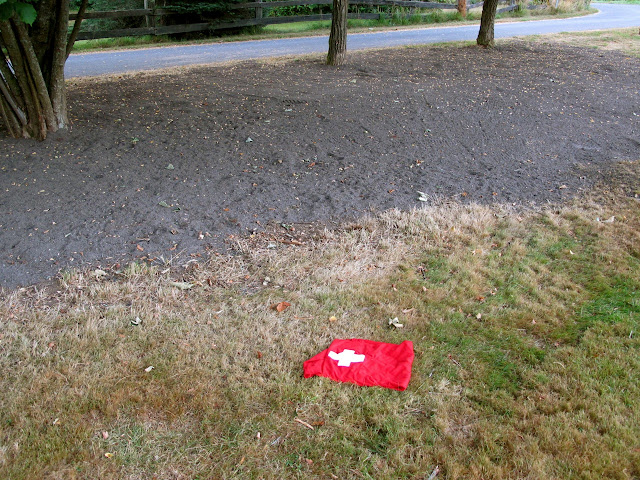 On the morning of the final delivery, my hubby left me a note with instructions on the kitchen counter: "Dump dirt where red shirt is. Pick up shirt before he dumps. XO Bob." When daylight arrived, I walked outside and there on the ground was his Swiss Cross tee-shirt, marking the spot for dirt delivery. That's so Farmer Bob.